Novellas from the Highlanders from the Mists of Time, The de Wolfe Connected Series, and a bit of Yuletide Magic.

The Highlander's From the Mists of Time series (with LL Muir, et al) was formerly known as The Ghosts of Culloden Moor series.
Follow the 79 ghosts who haunt Culloden Moor as they receive their boons. 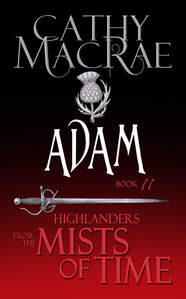 Adam
Adam Patrick Gordon is a ghost of Culloden’s battlefield. Tormented by unfinished business which   he believes led to his wife’s death while he was away at war, he can find no peace. Will a chance at   redemption and the right to speak his mind to Prince Charlie be the balm he needs? Or will he   exchange his boon for one more day with his sweet Mairi? 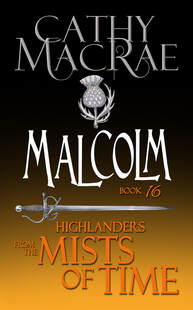 Malcolm
Malcolm Sinclair is haunted by the final days of his life. He’d gladly accept Soni’s challenge and do   his good deed in exchange for a chance at peace . . . but why did the damsel in distress have to be   a  Sutherland?

If you love sweet, heart-warming romance with a bit of suspense, grab your copy of Malcolm   today and get swept away by this tale set in a distillery in the hills of Tennessee—a most unlikely   place for a Scottish ghost. 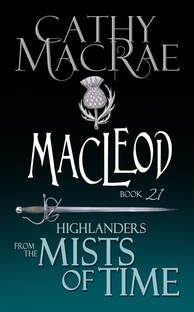 MacLeod
Known for a time as Hugh MacLeod, I joined the Glengarry Regiment on the promises of   battlefield glory. Devastated by the atrocities committed by the Duke of Cumberland after the   Jacobite losses at the battle of Culloden, will a chance to bring my grievances before Prince   Charlie  give me peace?

Hugh MacLeod’s story is one of two lost souls who find their peace only through helping each   other. If you’re ready for a sweet love story with a couple of twists you might not see coming, pick   up your copy of MacLeod to read today. 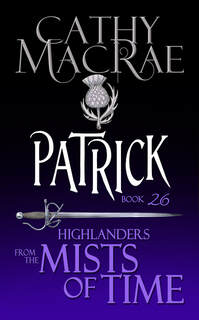 Patrick
As a shoemaker, no one thought to include Patrick Lindsay when gathering forces to fight for   Prince Charlie. Though eventually included as an afterthought, Patrick is nonetheless warmed by   the soldierly camaraderie—and perhaps a glass or two too many of whisky. Grabbing his chance   to  prove his bravery, Patrick’s trusting nature led him to his death on Culloden’s battlefield. With   Soni’s offer of a second chance to prove his worth, Patrick is plunged deep into the past where he   will question what he believes about himself and the world around him.

Follow Patrick to a time when dragons ruled the coastline of Scotland and the men who fought   them were considered heroes. If you like time-travel, dragons, and tales of love, loyalty, and   determination with a few plot twists thrown in for good measure, grab your copy of Patrick today. 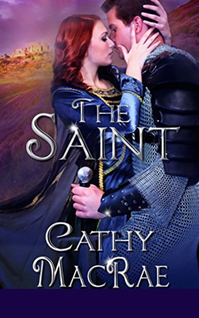 She’s a Scottish lass fleeing accusations of a crime she didn’t commit. He’s an English knight   revered for his justness and strict adherence to the chivalric code. As her past catches up with   her, will he prove her savior? Or her undoing? 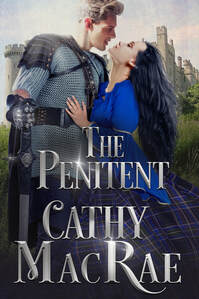 The Penitent (book #2)
An English knight and a Scottish lass with a secret she would die to protect.

Iseabal Maxwell risked her life to save Sir Simon de Bretteby years ago. Now, fleeing an   unwanted  marriage, she has nowhere to go. Will passion ignite again when she appears on   Simon's doorstep seeking refuge? Or will their difference prove too much to overcome? 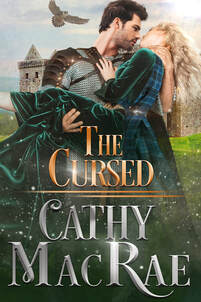 The Cursed (book #3)
Rosaline Johnstone believes she has been cursed by the faeries. Will it keep her from marrying the   man she loves?

Caught between the machinations of a wily Scot, the ambitions of an English lord, a vengeful   clan chieftain, and the mysterious works of the faeries of Eaglesfield Burn, Rosaline and Walter   must break the curse Rosaline believes was settled upon her many years ago—or risk losing their   chance to live happily ever after. 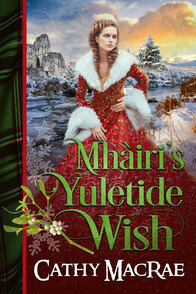 Mhairi’s Yuletide Wish
Betrothed to a man more than twice her age, Mhàiri is desperate to avoid the match. Michaell has   loved Mhàiri since they were children and will risk everything to help her break the betrothal.

This magical tale of Yuletide romance includes an uncle imprisoned by the English, the lad of   Mhàiri’s dreams (and his boisterous family), a mysterious brooch, and a wee terrier named Henry.   This promises to be a Yule to remember. 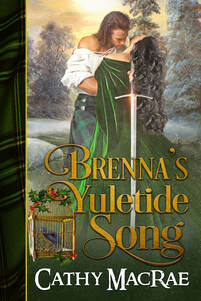 Brenna’s Yuletide Song
She’s the pampered daughter of a wealthy cloth merchant. He’s a Highlander with no intention   of  taking a wife. Their marriage would unite the shipping businesses of two great merchants.   What could possibly go wrong?

Brenna’s Yuletide Song contains a swoon-worthy Highlander, a flighty, stubborn heroine, a   temperamental French chef, a wee puppy who causes a gey wheen of problems, Medieval revelry,   an innkeeper’s wife with false teeth, and a host of perils and comedy that will make you snort   your coffee.